The School of the People: Correggio in Victorian England

London, 1847. Nestled in the pages of the Victorian satirical magazine Punch is a compelling sign of Correggio’s iconographic legacy in the modern era. One of the paintings by the Italian artist was, in fact, directly quoted in one of Punch’s (in)famous “cartoons”, titled Baines, The Leeds Mercury, Instructing Young England (fig. 1). It features a group of three: standing on the left is Minerva, clad in Roman robe, armour and sandals and holding a spear, her conventional attribute, with her left arm. An owl, which in traditional representations would be perched on Minerva’s right arm, is here forged to ornate the tip of her helmet, leaving Minerva’s arm free to physically frame and guide the viewer’s gaze – which she holds with her own, fixed in a sardonic smile – towards the scene that is unfolding at her feet. Here a seated Mercury, in an attire of long pantaloons, frock coat as well as his traditional winged helmet, is teaching a Dickensian child in working class clothes to read1. The title invites the viewers to identify Mercury with Sir Edward Baines (1800-1890), a known political figure from Leeds (who would later become a Member of Parliament), imparting a reading lesson to a personified Young England.

The caption directly referenced the cartoon’s visual source, as we read that it was created “after Corregio’s (sic) picture of Mercury Instructing Cupid in the Presence of Venus”. Correggio’s painting, also known as The School of Love, had been purchased by the National Gallery in 1834, after being in the collections of Charles William Stewart Vane, the 3rd Marquess of Londonderry, and of the King of England Charles I before him. But in Correggio’s canvas it is a winged Venus who, holding Cupid’s bow, supersedes the reading lesson administered by Mercury to a child Cupid in a thick woodland. Venus here appears less confrontational towards the viewer, her gaze fixed to a point outside of the canvas, and is set into a pudica pose, where her right arm is curved to hold a draping cloth. In Punch’s cartoon, whose composition almost exactly mirrors Correggio’s, the source image is still legible, even though a few elements have been translated to resonate more with its English audience.

The mythological iconography of Correggio’s painting, ripe for housing “serious” moral messages2, as well as its outwardly pedagogical theme provided an ideal visual template for the cartoon, which served as a tongue-in-cheek response to a live political debate in 1840s England. In July 1846, the Member of Parliament William Ewart (1798-1869) had brought forward a motion in Parliament to approve greater State involvement in the education of the people3. The motion proposed that the Government implement “comprehensive measures for extending the Education of the People”, which would include additional training for schoolmasters and the formation of free public libraries.

Punch connected the Correggesque image to this debate in a small paragraph several pages earlier, which was replete, in the magazine’s usual style, with puns and witticisms:

Having been requested to “pronounce” on the subject of the Government Education Scheme, we beg leave to say that we have weighted the pros and cons in those scales of justice which we always carry about with us4.

This pronouncement can perhaps account for the choice to replace Correggio’s Venus with Minerva, whose “scales of justice” become the tool of the magazine’s sharp evaluation of society: in the smirking Minerva we identify Punch itself, and its metaphorical fist to the face of the public’s opinion as its appointed noise-maker (the magazine was also known as the London Charivari). The text continues:

We have looked at the project itself, and at the character of the opposition which it has encountered; and when desired to say whether we think the remedy proposed for the awful ignorance that prevails is more reasonable than the hostility with which it is met, we have only to observe to the public at large “Your Baines and antidote are both before you”5.

In the case of the proposed Education Reform, one of the strongest opposing voices to the motion came from Edward Baines, whose involvement Punch’s punning voice ambiguously identified as the “bane and antidote”, the evil and its remedy. This was a legal term usually reserved for defamation cases, but occasionally also deployed for different contexts: in 1856, a pamphlet titled The Bane and the antidote; or, poisoning and its suppression discussed the criminality of murders by poisoning, asking Parliament to tighten its restrictions on the sale of Arsenic instead of leaving the responsibility to the individual’s common sense6. In a similar vein, the much earlier joke articulated by Punch had also been a farcical and digestible reflection on the partisan matter of state intervention against private initiative: the magazine demanded whether the responsibility for the prevailing “awful ignorance” of the English people should rest with Parliament, or whether with individuals like Baines.

The inclusion of Baines as Mercury in the cartoon operated a multi-layered translation of Correggio’s original painting and its iconography: he appeared as a modern Mercury from Leeds, in typical 1840s upper-middle class daywear. It is also noteworthy that ‘Mercury’ was an extremely common name for newspapers at the time, and Baines was the sole editor of the daily The Leeds Mercury, whose ownership he eventually inherited from his father in 1848. Through the Mercury Baines offered his most articulate opposition to the Education Reform, in a series of articles titled “On State Education” that ran in the 1840s and that took the form of open letters addressed to then Prime Minister Lord John Russell (1865-1866).

Baines, a known Dissenter who disavowed the governance of the Church of England, was fearful of the damage that State intervention might do to preexisting religious institutions that had, up to that point, been the main providers of Education for the people. Baines was, instead, a proponent of the so-called Voluntary System, letting people decide whether to be educated or not, and by which institution: the words “Voluntary System Education” appear on the pamphlet the puerile Young England is holding in Punch’s cartoon. Linking Education to Industry, Baines argued in 1846 that the Government’s control of education would “impair the exertions of individuals and classes” and be “the Bane of Education”. The antidote, for Baines, rested in the “individual exertion and prudence” of the English people. In the pages of Punch, Minerva smirked on.

The pedagogical message at the core of Correggio’s The School of Love surely played an important part in its choice as model for the cartoon. But there were also other reasons behind Correggio’s iconological power in this context, related to its long-standing iconographic success. We learn from Cecil Gould that the painting had been copied and its figures borrowed by artists in Europe ever since its creation (fig. 2).

In the English context, the figure of Venus holding one of Cupid’s arrows, depicted in reverse to Correggio’s figure, had served as model for an anonymous mezzotint (fig. 3) from the school of Peter Cross (c. 1645-1724) which has been identified as depicting Nell Gwynn (1650-1687), a famous actress and long-standing mistress of Restoration monarch Charles II6. An impression of the print survived in an album of images collected by the popular diarist Samuel Pepys. Almost a century later, in his 1753 aesthetic treatise The Analysis of Beauty, the painter William Hogarth would use Correggio as an example of a successful colourist, who “is said almost to have stood alone for this particular excellence”, and whose art displayed Hogarth’s aesthetic principle of the ’serpentine line’, to which the painter attributed particular beauty.

What the cartoon in Punch, as well as previous iterations of Correggio’s iconography in the English context, demonstrate at the very least is the extent to which images can exert power. Akin to a translated text, Correggio’s painting elicited interpretations and experiences beyond the strict temporal, geographical and artistic boundaries of its original context, informing a moment of Victorian politics, but also an instance of the country’s wider artistic and visual imaginary.

Dr Ambra D’Antone is s a historian of Surrealism and Modernism with a particular focus on early to mid-twentieth century historiography of Turkey and the South-Eastern Mediterranean. Having recently completed her PhD at The Courtauld and Tate, Ambra is now Research Associate with the Bilderfahrzeuge project of the Max Weber Stiftung, based at The Warburg Institute in London. 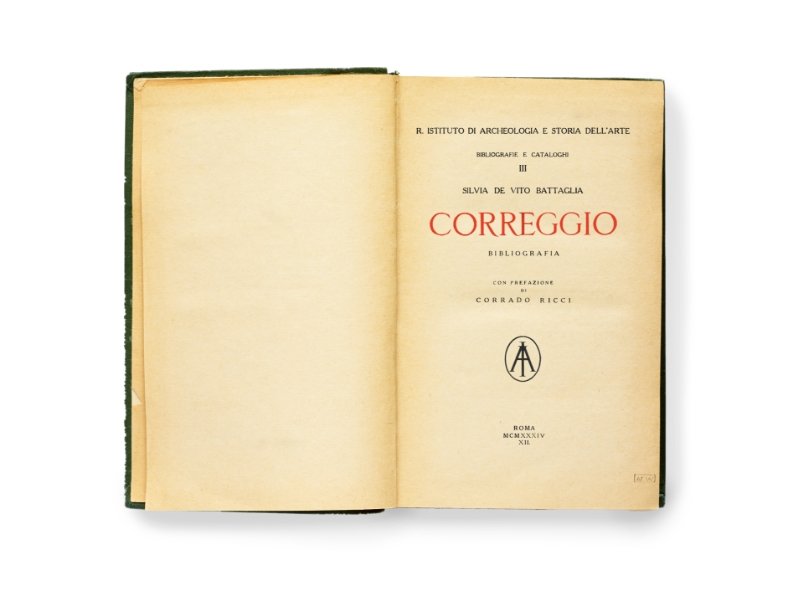 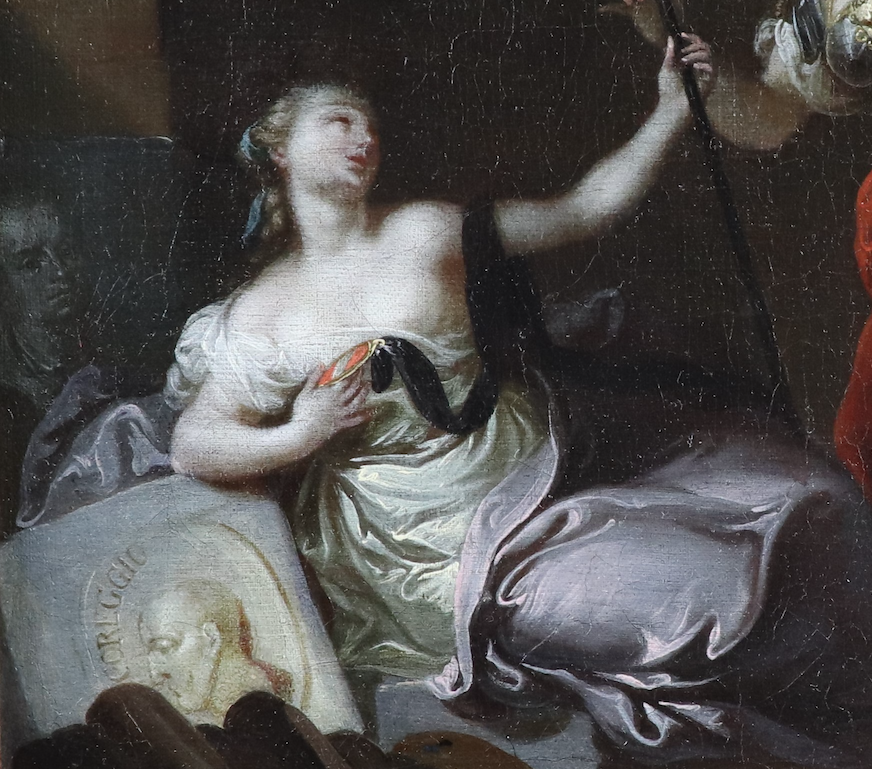 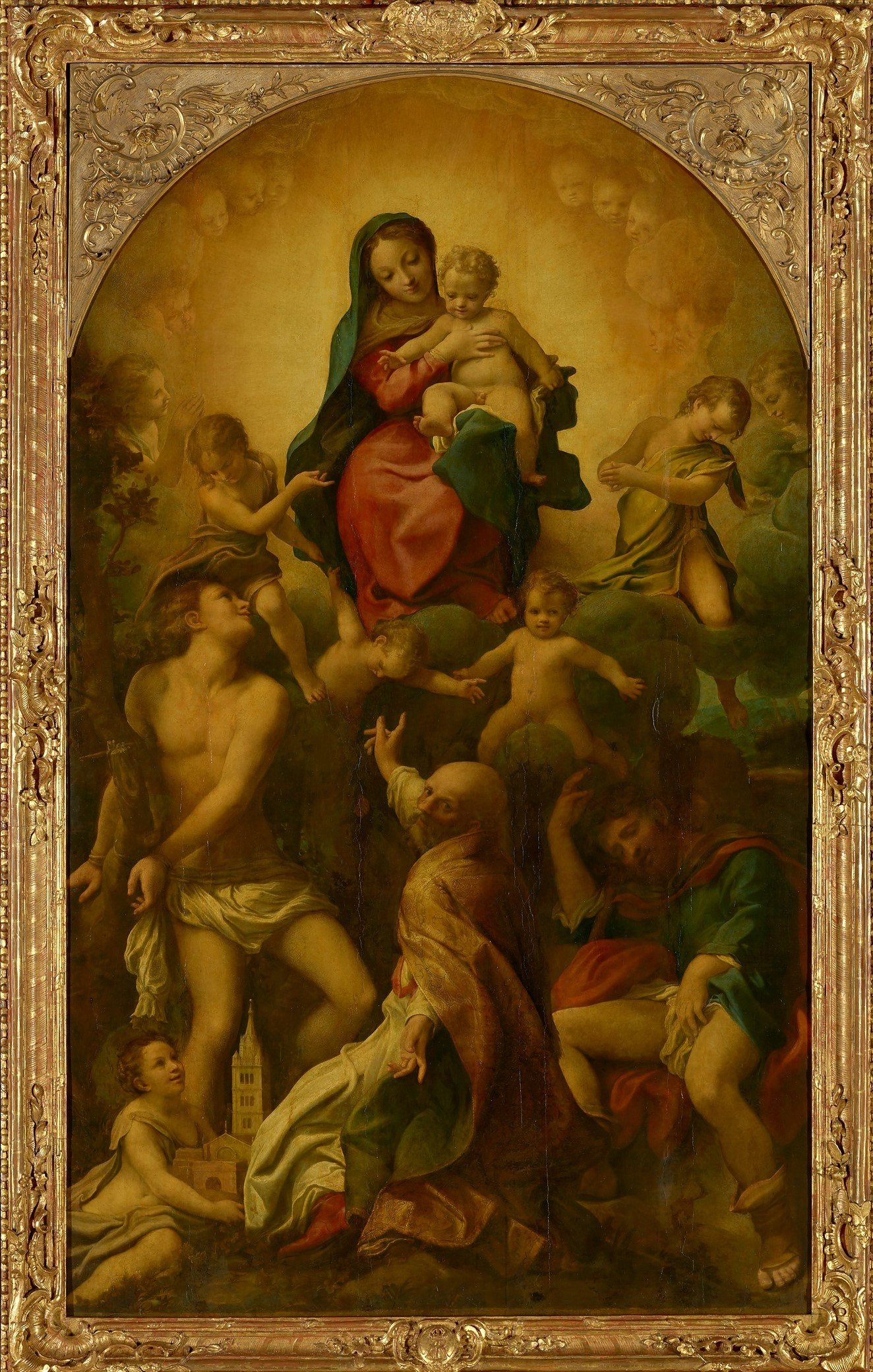 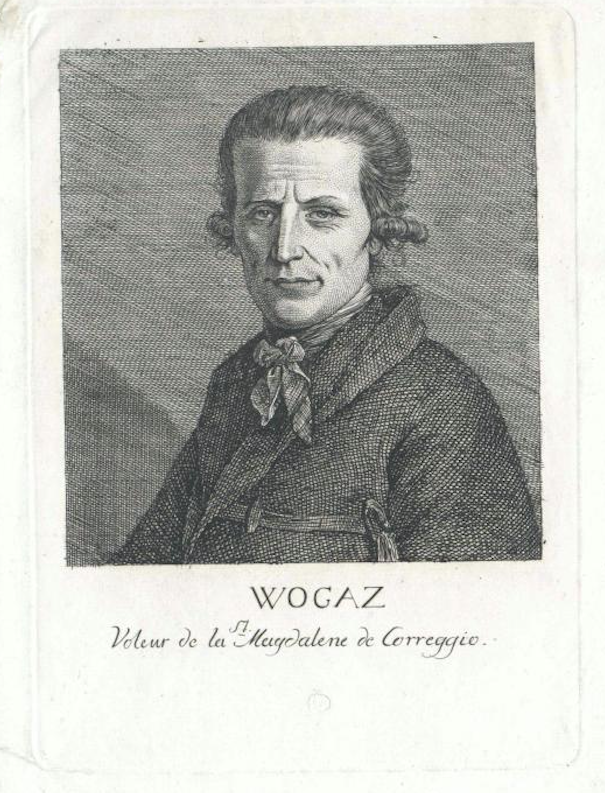